So I know my posts are usually about PR accidents or slip ups that have negative effects, but I thought I'd try something new. I read a news story that represents a way social media sites are genuinely beneficial. Roxy Kurze posted a status on facebook asking for help to find a kidney donor for her husband, who was on the donor list, but was told it could take up to five years to receive a kidney. A facebook "friend" who she had only briefly met one time, and who had the same blood type responded and was willing to donate his kidney. Now both are healthy and happy.


I thought this story was so great, I'm pretty sure everyone has at least a few facebook friends they hardly know, some people are totally against "friending" someone or accepting a friend request from someone they don't know. I know this is a one in a million kind of thing, but still stories like this are pretty incredible and crazy to think about. I always viewed facebook as more of a distraction or pass time but this proves how effective social media is in all types of situations. Professional and personal.
Posted by Destiny at 6:33 PM 2 comments:

Email ThisBlogThis!Share to TwitterShare to FacebookShare to Pinterest
Labels: week12o

After reading Chapter 7 in Engage, one thing that really stuck out to me was the act of virtual gifting. I guess I'm a lot  more behind on this social media stuff than I thought. I mean I've heard of E-cards but the idea of sending someone a virtual coke or flowers is awesome. So awesome, to me anyway, that I decided to put it to the test by sending my mom these "virtual flowers" talked about in the chapter and...she loved it! However, my mom is not the technology or computer type, so there is the slight possibility that we both are way out of the loop, but if so at least I'm not the only one. I think from a business and PR standpoint, this is great. Convenience is a key factor in today's society. What's more convenient than taking 10 minutes tops and a few clicks to make someones day with virtual flowers or gifts? For the many procrastinators such as myself, this is an extremely useful tool for those last minute gifts for a birthday. Not only is it helpful in that way, but it makes the consumer take the time to look through the company's products in order to choose the right one for their occasion.
Posted by Destiny at 2:47 PM No comments:

Email ThisBlogThis!Share to TwitterShare to FacebookShare to Pinterest
Labels: week11r

In Part 2 of Brian Solis's Engage, Forever Students of Media, he touches on the fact that we should never try or even attempt to master something as fast changing and expanding as new media is today. The many forms and places in which social media exists like social networks, blog communities, microblogs, wikis, crowdsourced news, etc. All of these were formed and are here for the purpose of connecting people. The term social media means something different to everyone. Solis presents a few definitions such as the redistribution of influence and connections between friends, peers, and influencers. His definition of social media is any tool or service that uses the Internet to facilitate conversations. I can definitely agree with that. That is pretty much all I think of when I hear the words social media. He brings up an interesting point about conversations and says that they are not what build relationships, it is the act of earning trust, loyalty, and establishing significance.
He then goes on to explain in depth the different forms of social media mentioned before and how they are good and bad. For example, corporate blogs, a study shows that most who read them do not trust the information which is completely understandable. What company is going to make a completely neutral claim or idea about their own product or company? None. On the other hand the blog put together by Southwest Airlines I found to be a great tool in promoting the airline as a fun and exciting way to travel with links to pictures, videos, and links to employee blogs and videos. 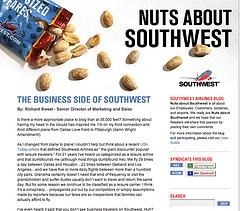 I was unaware of social media types and all the things they have to offer before this. I have always thought of myself to be pretty up to date with technology such as this, but I never thought to look outside of Facebook or Twitter. This entire section was an eye opener as to everything Iout there and how it can be used to full advantage.
Posted by Destiny at 8:20 PM No comments:

Email ThisBlogThis!Share to TwitterShare to FacebookShare to Pinterest
Labels: week10r

An unidentified intern in charge of the Twitter account for popular fashion designer and brand Marc Jacobs posted a number of tweets expressing how much they hated CEO Robert Duffy and their job at the company. The intern was hired temporarily to maintain the business's account while also searching for a permanent tweeter for the account. 5 tweets were posted within a few hours of each other. The intern justified their twitter rant by saying the next day was their last day. Either way definitely not a smart move with a big name like Marc Jacobs. Here's a look at the tweets:

“I was asked to do this until we found a replacement… I hate this job. Hope they find someone soon. Robert is so picky! We have presented him with 50 people. He’s not happy.”

“You guys and gals have no idea how difficult Robert is. I am only an intern. My last day is tomorrow. I wouldn't be tweeting this if not!”

“Good luck! I pray for you all. If you get the job! I'm out of here. See ya! Son't want to be ya! Roberts a tyrant! Seriously! He is tough!”

“I can call him out! I'm out! Won't work in this town again! I know that! Learned a lot. But, I don't have the energy for what is expected!”

“Yea, walk in my MJ shoes! Don't judge me! I'm alone in this office having to try and entertain you all. This isn't easy. I have tried. Done!”


The tweets were posted around midnight and by 4 a.m. they were deleted and this was posted:

At least the intern knows they ruined their chances at another opportunity like that!
Don't they know most internships in the fashion industry are intense and are full of tasks such as those.
Obviously they have never seen Devil Wears Prada..perhaps they would have been a little more prepared?
Posted by Destiny at 8:06 PM 2 comments:

Email ThisBlogThis!Share to TwitterShare to FacebookShare to Pinterest
Labels: week10o

This past week, an interesting story began to circulate involving what are known as "mommy bloggers", Toyota, and Amazon gift cards. A popular blogger by the name of Crissy claimed that she recieved an offer via her blogs host site, MommyNetworks.org, to tweet positive comments about the car brand in exchange for $10 dollar Amazon gift cards. This bribary attempt angered many mothers out there, as it should have. Blogger Crissy's response was anything but subtle and encouarges Toyota that if it truly wanted the promotion of its product by this particular demographic it needed to do much more than insulting them with a $10 dollar gift card. She included the hashtag #toyotafail, which started a storm of other comments to the company. Toyota quickly responded by making it clear that the company had nothing to do with this promotional "strategy" by tweeting “Have found no contract with affiliation with w/ mommynetworks. We don’t support this type of outreach. Getting to the bottom of this.”and cleverly included the #toyotafail hashtag. This quick and smart reaction shows that the company is commited to true and honest outreach to it's consumers and puts Toyota owners, like myself, and others at ease. I think they are sincere in showing that they are on top of the situation and have the consumers best interest in mind.

I cannot speak for everyone, but being a college student, to me, means that at some point in time you have taken advantage of the extremely low prices of the Taco Bell menu. The "value"menu is really not far from the prices of the regular menu and everything is of the same quality, which I admit is not THAT bad. And the saying "you get what you pay for" definitely does apply. But in a way that's why we love it.

Recently, Taco Bell has been accused of not meeting the USDA's minimum requirement of actual beef content. Which is, disgustingly, only 40 percent! This accusation sparked a lawsuit and PR extravaganza. This video was quickly released by the President of Taco Bell:


It has been shown recently that instead of admitting a mistake any mistakes, taking responsibility, and fixing the problem. Taco Bell went on to place the blame on the beef supplier, even though in the video above they still admit they, themselves, do not use 100 percent beef. Rather 88 percent and "other ingredients". As this brand controversy continues, the companies PR department definitely has their work cut out for them.
Posted by Destiny at 9:49 PM 3 comments:

Email ThisBlogThis!Share to TwitterShare to FacebookShare to Pinterest
Labels: week2o

I found the first part of Groundswell to be a great learning tool for social media. If i had to classify myself I would definitely say I am a Spectator. I have never really shared my own thoughts and opinions about things or causes that interest me, but I do find myself taking a decent amount time to see what others are talking about. The fact is that social media of all kinds have allowed anyone and everyone to speak their mind about anything and everything. That kind of power is something that can highly benefit a company or organization. Social media allows consumers to easily speak their minds about a service or product. It also allows that company or organization to keep a close eye on their targets in order to better serve the consumer and themselves. 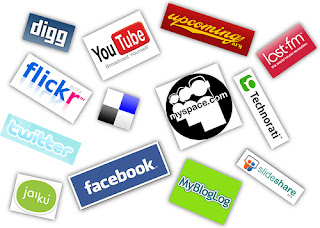 In order to fully optimize the power of social media such as twitter, facebook, and forums, you must be aware of the rapid pace in which these technologies change everyday. Also you must be able to fully understand how it works. Without at least a basic knowledge of the media source or outlet you will not be able to use to to your full advantage. Another major question you need to ask yourself is, who are you? What do I hope to get out of this? Or who am I trying to reach? The answers to these questions hold the key to what is the Groundswell. Which is basically cutting out the middle man. Once people realized that the want and need to be proactive was a common goal to others as much as to them, they began sharing and acquiring information directly from others who share the same interests and aspirations. And with that, the groundswell will continue to flourish.
Posted by Destiny at 9:15 PM No comments: